Exhibitions: This page is part of the collection 'Research: Unit 7'.

In this exhibit vacuum processes have been used to replace the 70% of the body that consists of liquids with various plastics that decay at an extremely slow rate. This specimen consists of a 1 cm thick slice of a human body which has been instilled in preservative jelly.

I like the way this exhibit  reveals the inner structures of the human body, an object which we are so familiar with, yet we know so little about from the inside. I believe that a similar approach like this can be applied to an art piece.

(In reference to images above and below) 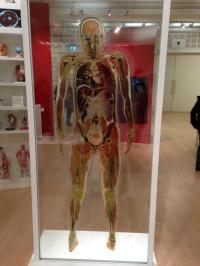 This piece is called 'SENSE' by Annie Cattrell and it consists of a sequence of sculptures which illustrate the activity patterns of the human brain as it responds to the five senses: sight, smell, hearing, touch and taste. The amber resin within these transparent blocks represents the flurry of brain activity.

I really like the way this piece merges the two disciplines of art and science, this is a field I would want to explore through my own sculptural practice.

(In reference to the series of images below) 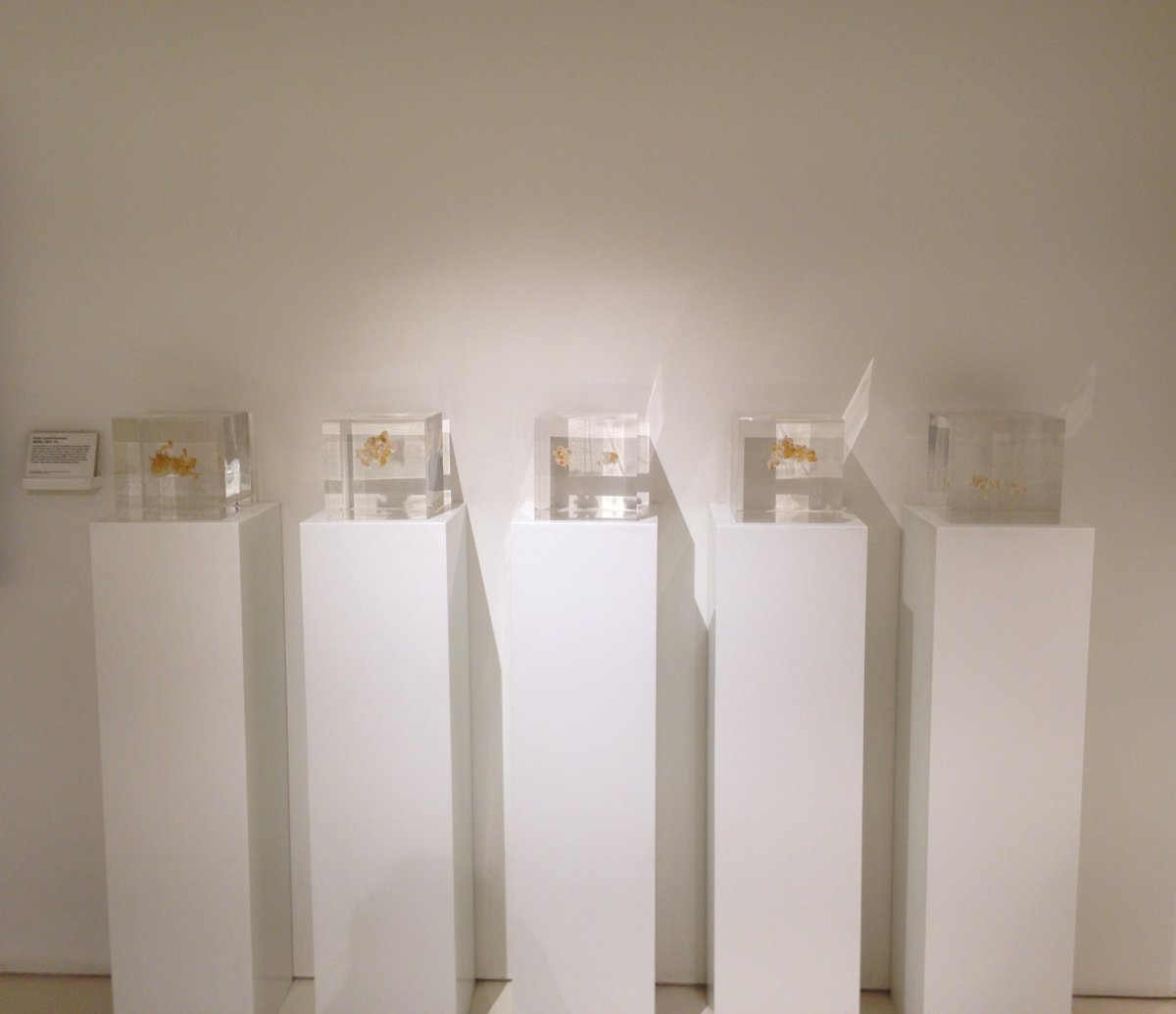 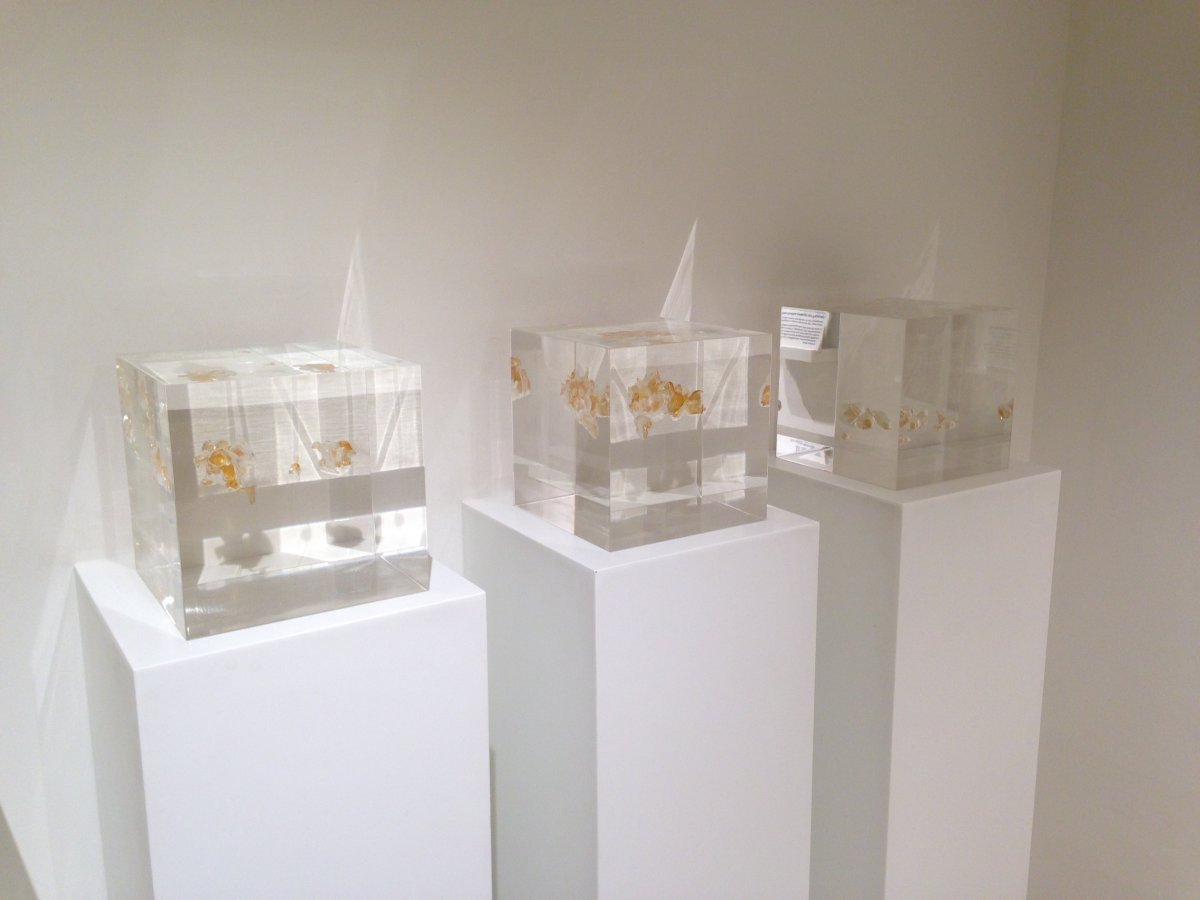 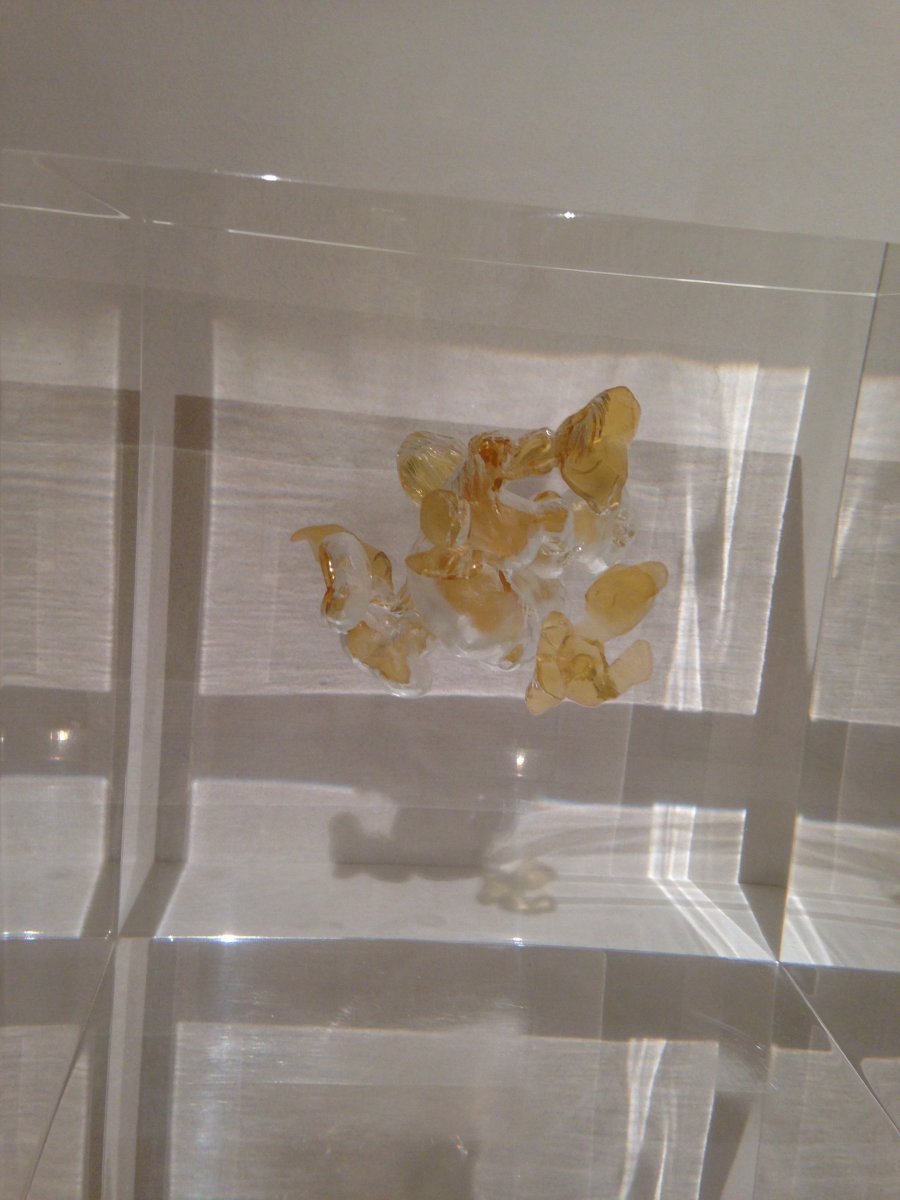 This piece is called 'Bud' by Rob Kesseler and it consists of genetically modified soy-beans which are encapsulated within what Kesseler describes as a some sort of glass " trophy or time bomb ". This piece is questioning the current scientific advances in genetic modification of crops and Kesseler says " the potential benefits in contrast to the irreversible dangers of interfering with the very building blocks of life are not always easy to untangle ".

I really admire the way Kesseler is raising important questions about the advances in science through the use of art, I feel that science today is advancing at such a fast rate we don't have time to question and discuss  the ethics behind these advances, this is why I would like to raise such questions though my own work.

(In reference to image below) 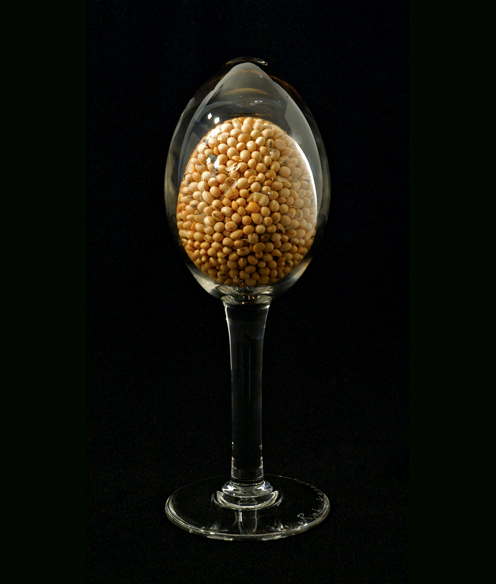 This piece is called 'Swine Flu' by Luke Jerram and is a glass model of the new strain of influenza A virus, commonly known as ' Swine Flu ', this respiratory disease spread globally and was declared a pandemic in June 2009 by WHO.

During that time, many coloured scientific images of the virus had appeared in the media. Jerram’s sculpture was created in response to such imagery. The artist believed that the artificial colouring of images affected what we though a virus looks like and means, often communicating fear. Here he chose instead to present a model of the virus in a clean transparent form.

(In reference to image below) 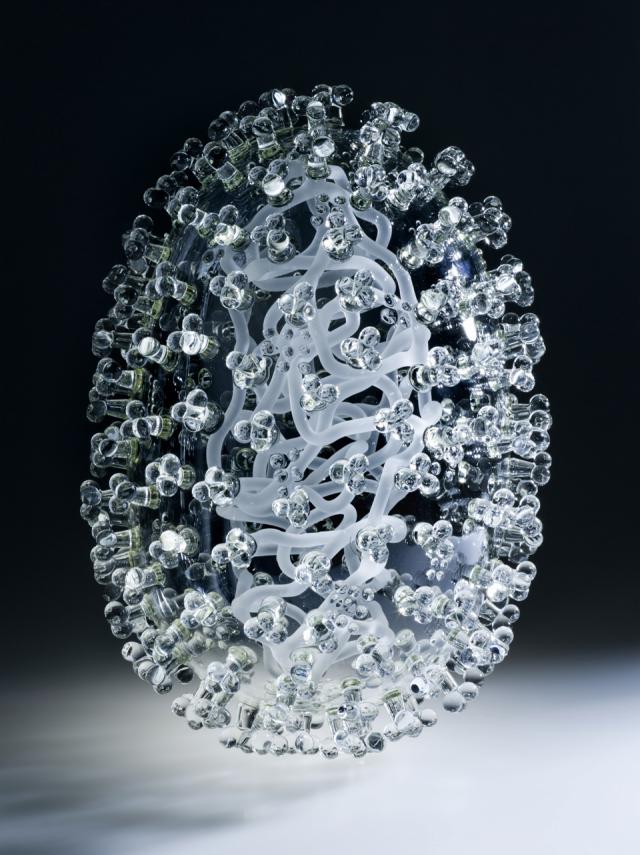 This piece is called ' I Can Not Help the Way I Feel ' by John Isaacs.

(In reference to the images below) 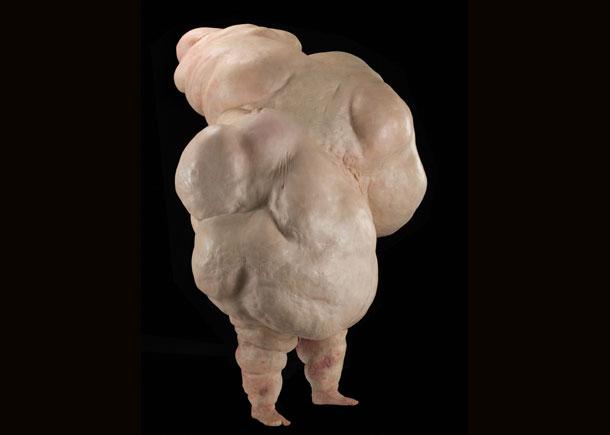 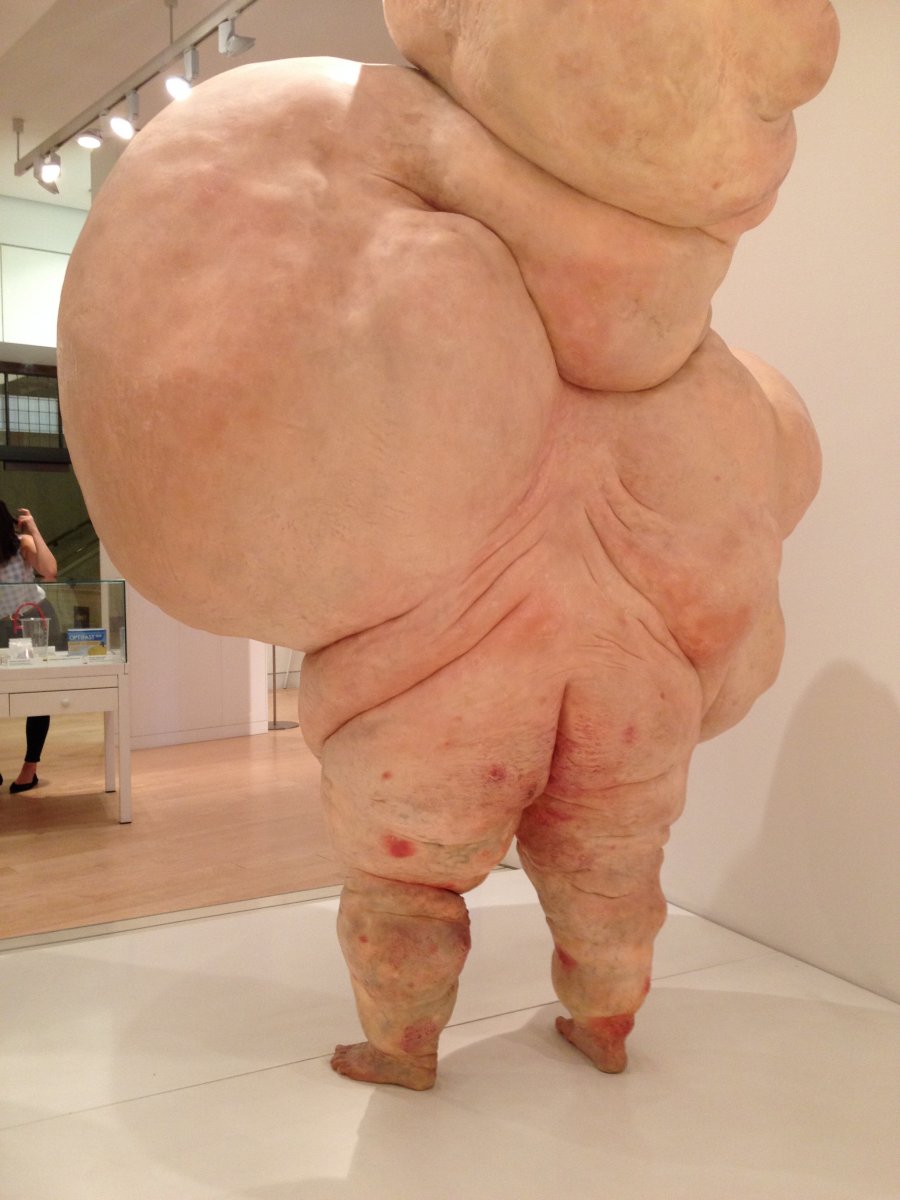